Mass-production i-MiEVs have already been delivered to the government of the Hong Kong Special Administrative Region of the People’s Republic of China (HKSAR) and some companies; however this announcement marks the first time sales to individuals will be commenced in Hong Kong, and also marks the first time that the i-MiEV will be sold to individuals outside of Japan. UCL will begin sales of the i-MiEV to individuals from May 21 at a price of HK$395,000, with a target to sell 50 units by the end of this year. MMC and UCL signed a Memorandum of Understanding (MoU) with the HKSAR government regarding cooperation on the popularization of electric vehicles (EV) on February 26, 2009. From May of 2009, the HKSAR government conducted practicality tests with a pre-production test model i-MiEV as well as worked together with electric power companies regarding EV charging infrastructure. UCL has delivered about 30 i-MiEVs to the HKSAR government and other corporations since December 2009. In Japan, MMC first sold the i-MiEV mainly to corporations and municipalities in fiscal year 2009, with sales of about 1,400 units. In April of 2010, MMC expanded its sales to include sales to individuals. In addition to high environmental performance and handling inherent to a car with a compact body, the Mitsubishi i-MiEV has been lauded for its motive power, stability, quietness and its comfortable ride.  MMC has been conducting fleet testing in countries and other areas all over the globe, and plans to launch left-hand drive i-MiEVs in Europe from the end of this year. 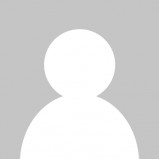